Happy to announce 4.5.3.AM1 (Developer Milestone 1) build for Eclipse Oxygen.2.

Downloads available at JBoss Tools 4.5.3 AM1. 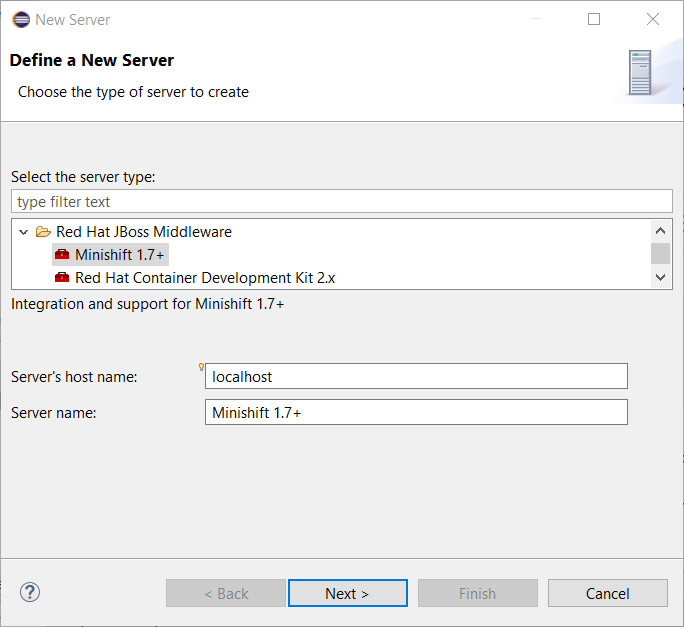 All you have to do is set the location of the minishift binary file, the type of virtualization hypervisor and an optional Minishift profile name. 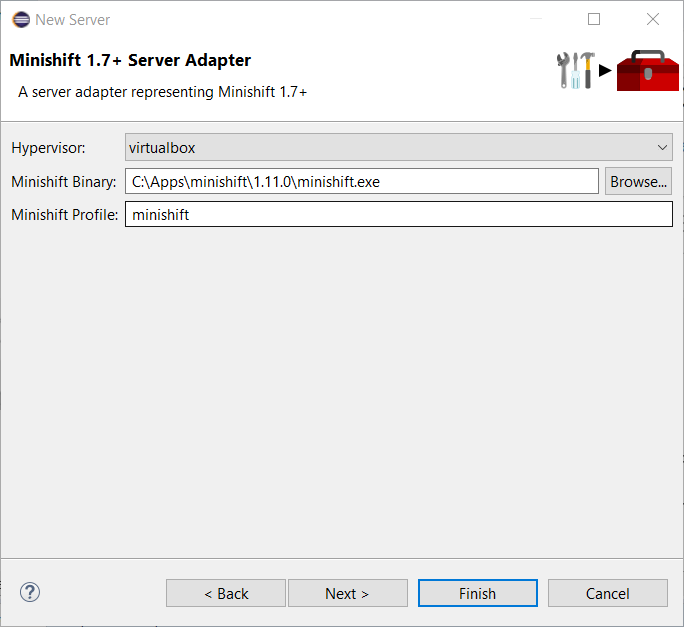 Once you’re finished, a new Minishift Server adapter will then be created and visible in the Servers view.

Once the server is started, Docker and OpenShift connections should appear in their respective views, allowing the user to quickly create a new Openshift application and begin developing their AwesomeApp in a highly-replicatable environment.

Shortcuts for the Java, Launch, and Debug perspectives and basic navigation operations are now provided within the Fuse Integration perspective.

The result is a set of buttons in the Toolbar: 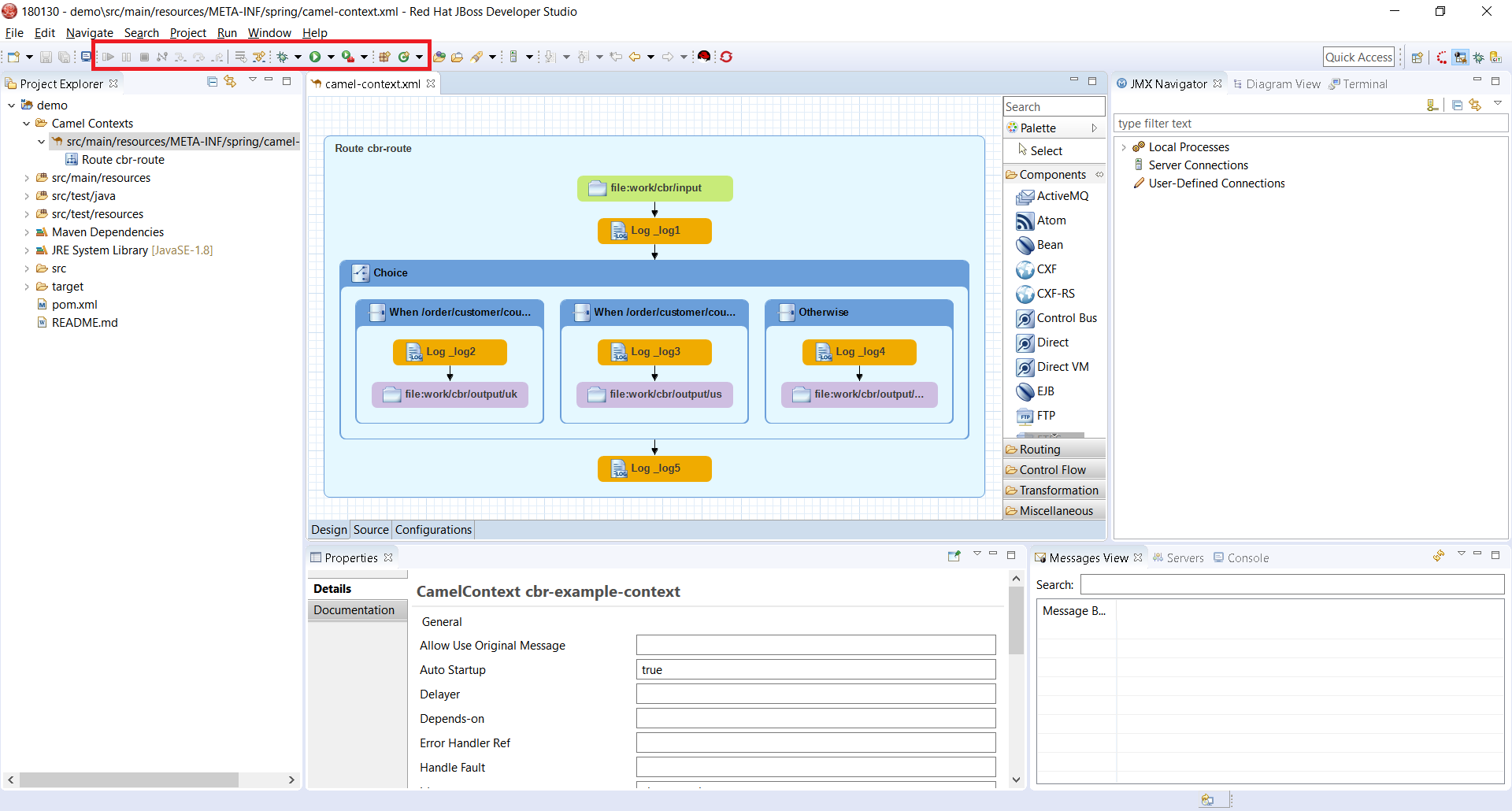 All of the associated keyboard shortcuts are also available, such as Ctrl+Shift+T to open a Java Type.

The loading time of the "Advanced" tab in the Properties view for Camel Endpoints is greatly improved. 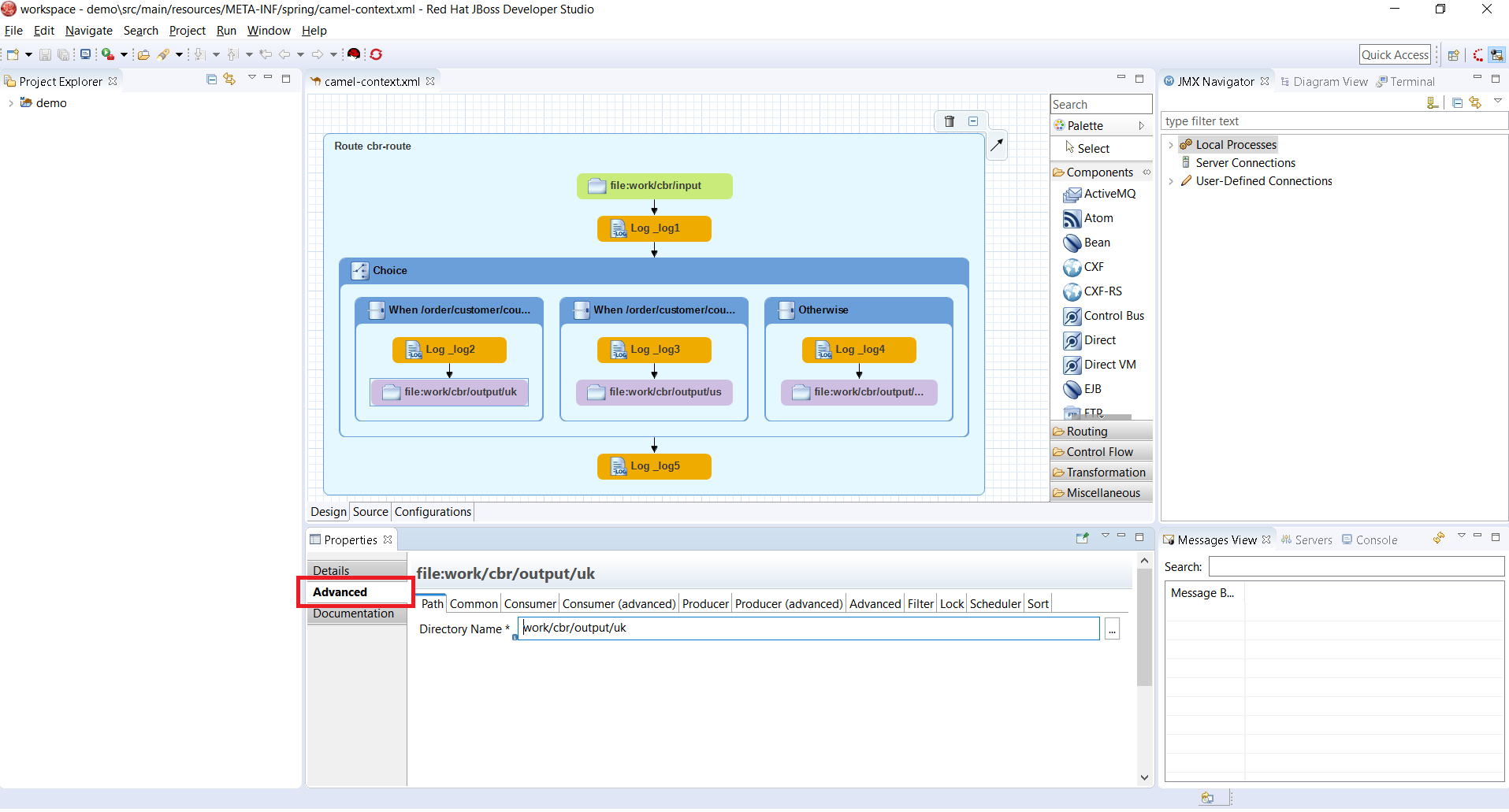 Previously, in the case of Camel Components that have a lot of parameters, it took several seconds to load the Advanced tab. For example, for the File component, it would take ~3.5s. It now takes ~350ms. The load time has been reduced by a factor of 10. (See this interesting article on response time)

If you notice other places showing slow performance, you can file a report by using the Fuse Tooling issue tracker. The Fuse Tooling team really appreciates your help. Your feedback contributes to our development priorities and improves the Fuse Tooling user experience.