Better support for the ShrinkWrap API in Generate Deployment 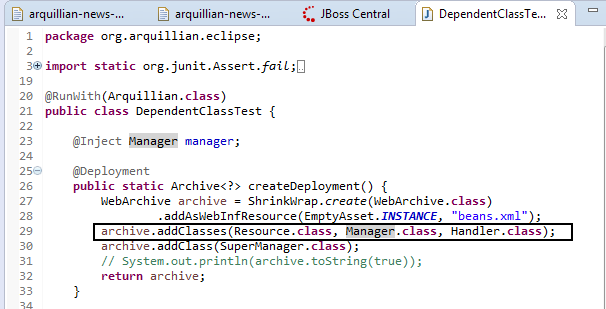 Dependent classes for the same package are added with addClasses(…​) instead of using addClass on each individual package.

An archive can be exported by right-clicking an archive entry in the Arquillia Cruiser view and selecting the Export Archive action.

Arquillian warns that known EE descriptor files are not in the correct location. 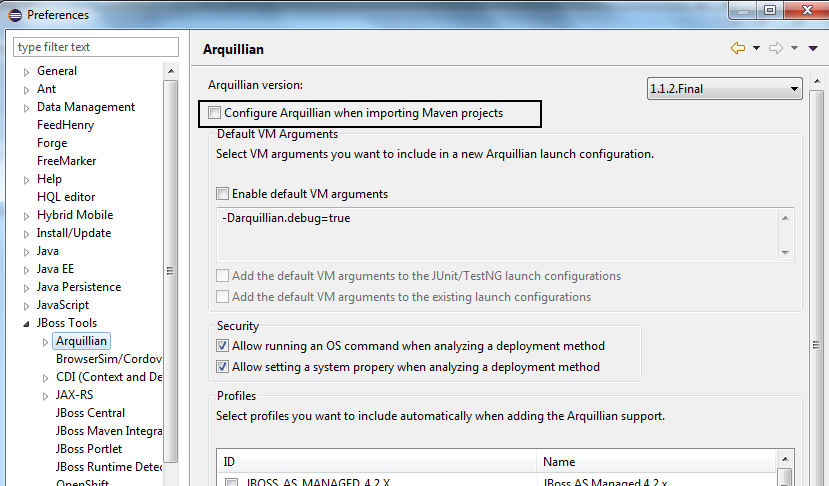 A new wizard allows you to import Cordova Applications from FeedHenry to take advantage of the Cordova features and the CordovaSim on JBoss Tools. 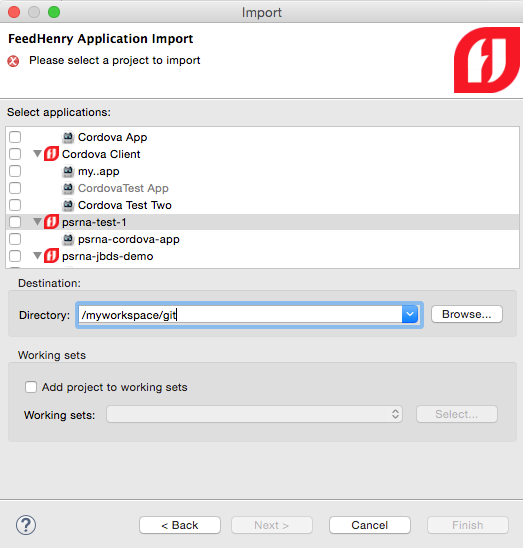 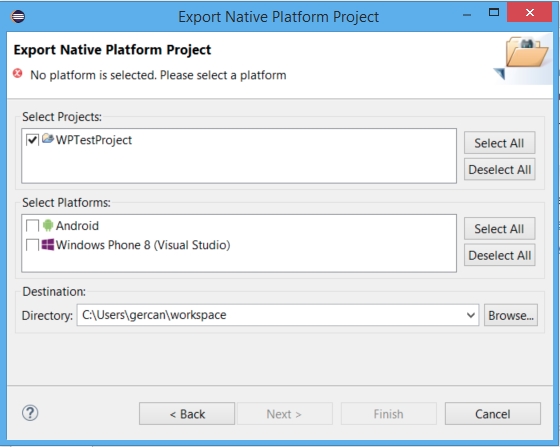 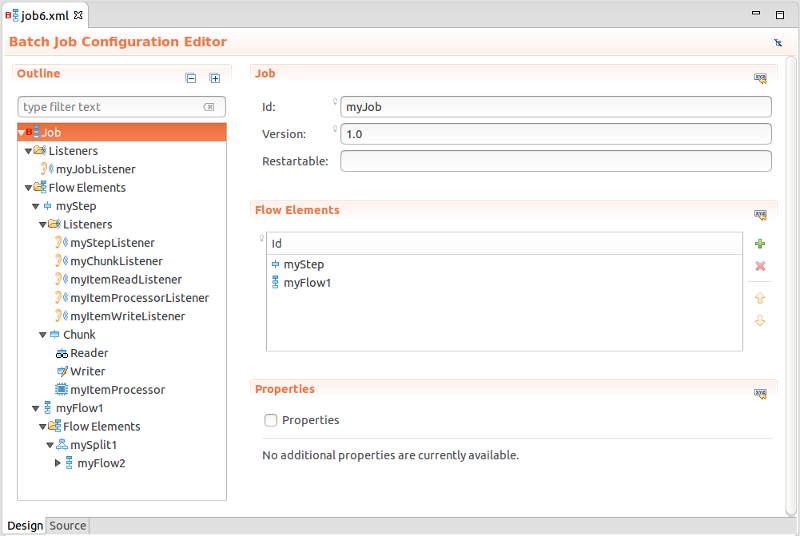 Brand new iPhone 6 and iPhone 6 Plus skins are now available in BrowserSim and CordovaSim: 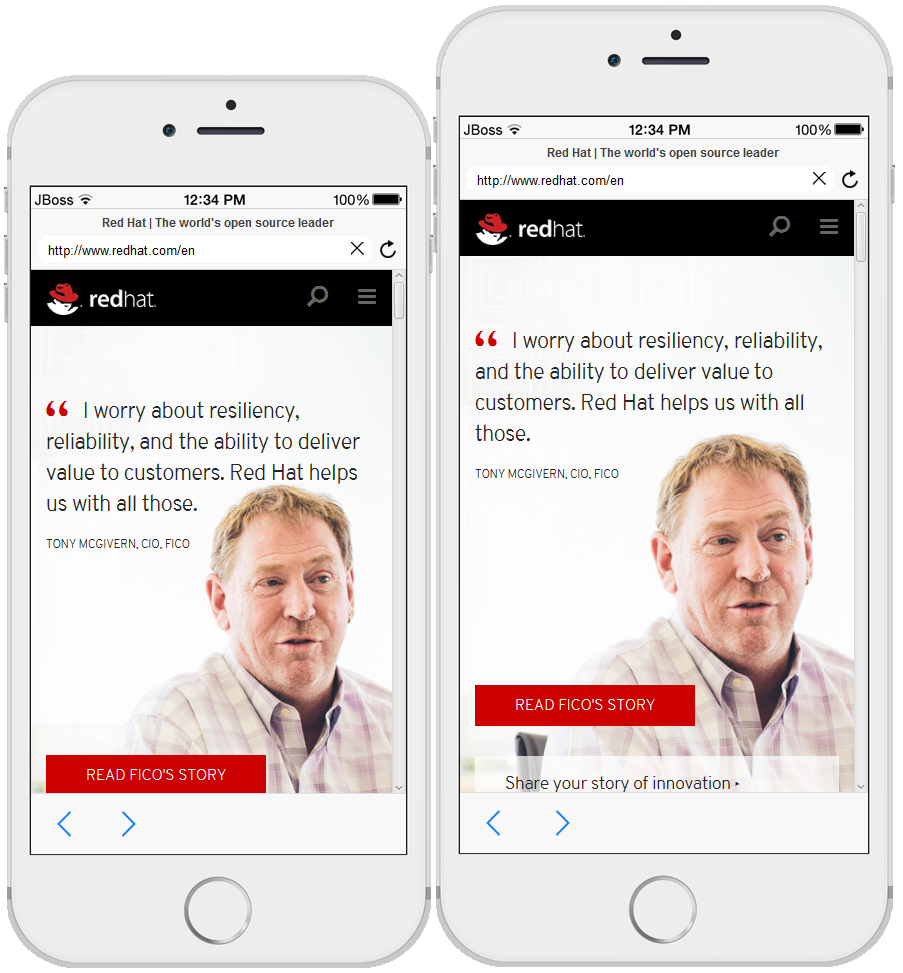 For whose who do not use Eclipse / JBoss Developer Studio, there is a standalone mode of BrowserSim. However, only SWT WebKit web engine used to be supported. Now there is a possibility to run BrowserSim standalone against JavaFx web engine which provides features like Dev Tools Debugger and JavaScript logging in the console. 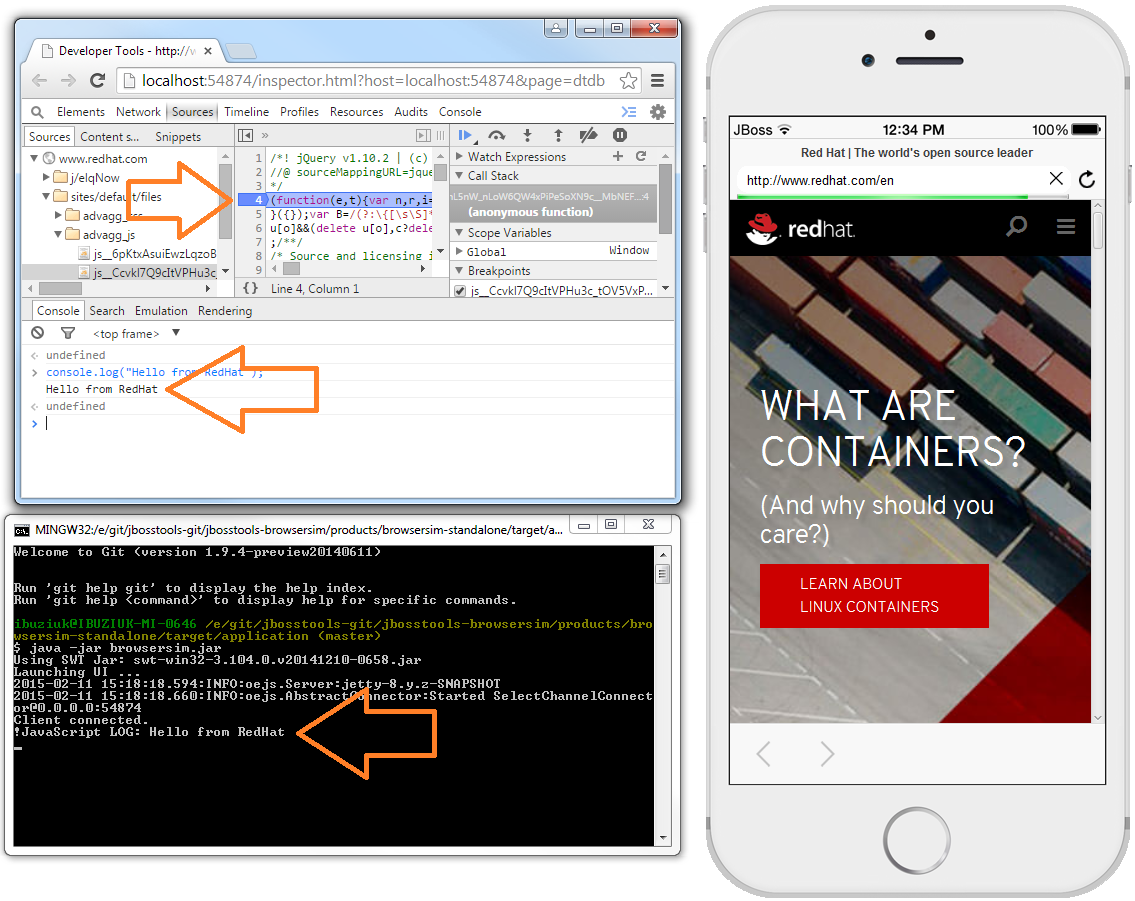 CordovaSim has gained basic FeedHenry support. Now it is possible to run FeedHenry hybrid apps against both local and remote Node.js server:

Saving all CordovaSim preferences on close

Now there is a security warning for "Remote" proxy. Basically, If the app is transferring sensitive data (authentication tokens, credentials etc.), it is strongly recommended to use "Local" proxy instead of the "Remote" one. 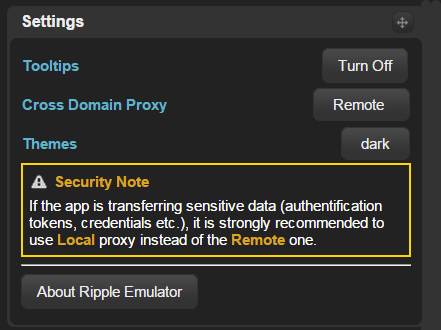 CDI Tools now support CDI 1.2 projects. If your CDI project (with enabled CDI support) has CDI 1.2 JARs in its classpath, CDI Tools recognizes it as CDI 1.2 project automatically. There is no need to use any special settings to distinguish CDI 1.2 from CDI 1.1 or 1.0. 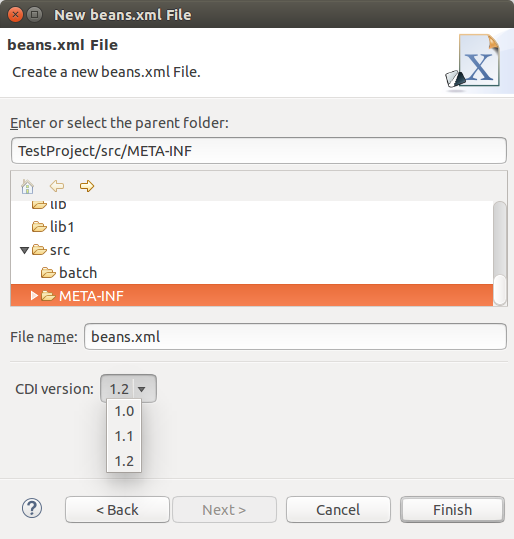 CDI Tools now automatically enables CDI support for the project when the following Java EE 7 facets are installed: Web (Servlet) 3.1 or higher, EJB 3.2 or higher or Utility module. For example, if you create a brand new Web Dynamic project with Web (Servlet) version 3.1 and any Java EE 7 targeting server, CDI support is automatically enabled. Additionally, JBoss Tools still enables CDI support for the maven projects if the project has CDI dependencies. However, this feature is only avaialble when the Maven CDI integration plugin is installed.

Each CDI validation problem message refers to the corresponding CDI specification paragraph. Message and specification referrals now depend on the CDI version used in the project. For example:

New HTML 5.0 widgets were added to the Palette: 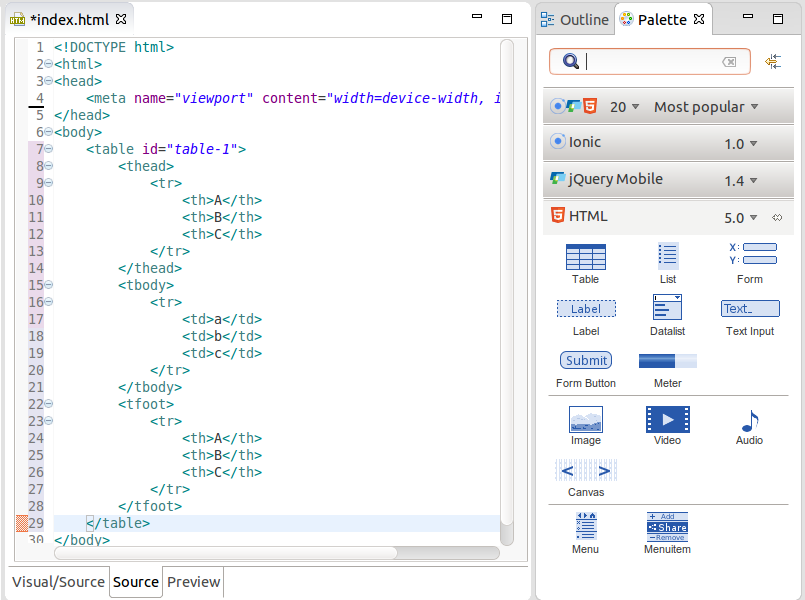 A new group of the last used/most popular HTML widgets is now available in Palette view:

Filter for Libraries Defined on Page 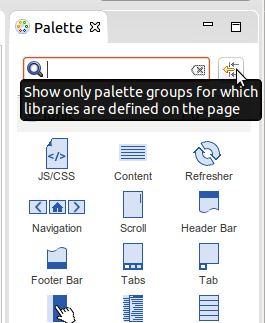 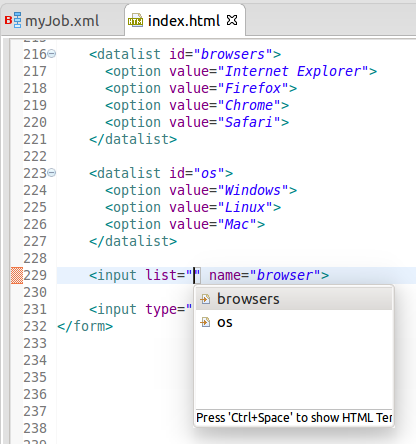 Tern.java and AngularJS Eclipse (available via JBoss Central - Early Access) has been upgraded to the latest 0.8.0 version.

Check out its new and noteworthy:

For JBoss 7 and Wildfly installations, using hostnames with an IPv6 format often failed to connect, show webpages, or even verify the server’s state. Several changes have made this work as expected. With updated wildfly jars, management commands will execute without issue. In addition, our tools will now automatically recognize host names in an IPv6 pattern, and update your launch configuration’s various launch arguments to ensure that the server starts properly and with all expected flags set. 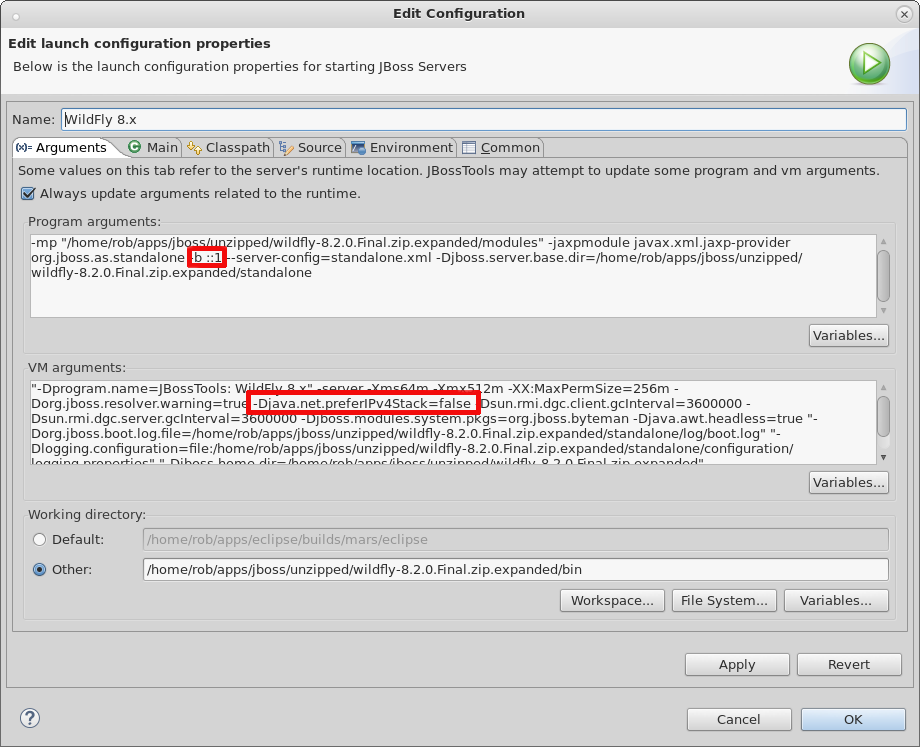 In previous releases, Project Archives was designed in such a way that the core plugin would be compiled into multiple jars, one of which had minimal dependencies on Eclipse, allowing it to be used from ant. This usecase was fairly complicated to get working for the user, and involved locating and adding several eclipse jars to the ant classpath, making use of a custom ant task, and adding a significant amount of configuration in your build.xml file to properly map details like a project’s location.

Despite attempting to be portable, persistable, and shareable, this usecase never really lived up to any of those goals. While the eclipse tooling could simply use a project name in its internal metadata, allowing the user to keep those projects wherever they want while using eclipse to resolve their location, the ant usecase required hard-coded location mappings for each project in the build.xml, limiting its usefulness in a shared environment.

For this and several other reasons (including ant’s decreasing utility, and our own internal policies for how plugins should be packaged), this 10-year old use case has been removed.

On Linux Visual Page Editor can be opened in HTML5 mode for HTML files, where all HTML5 features is supported. 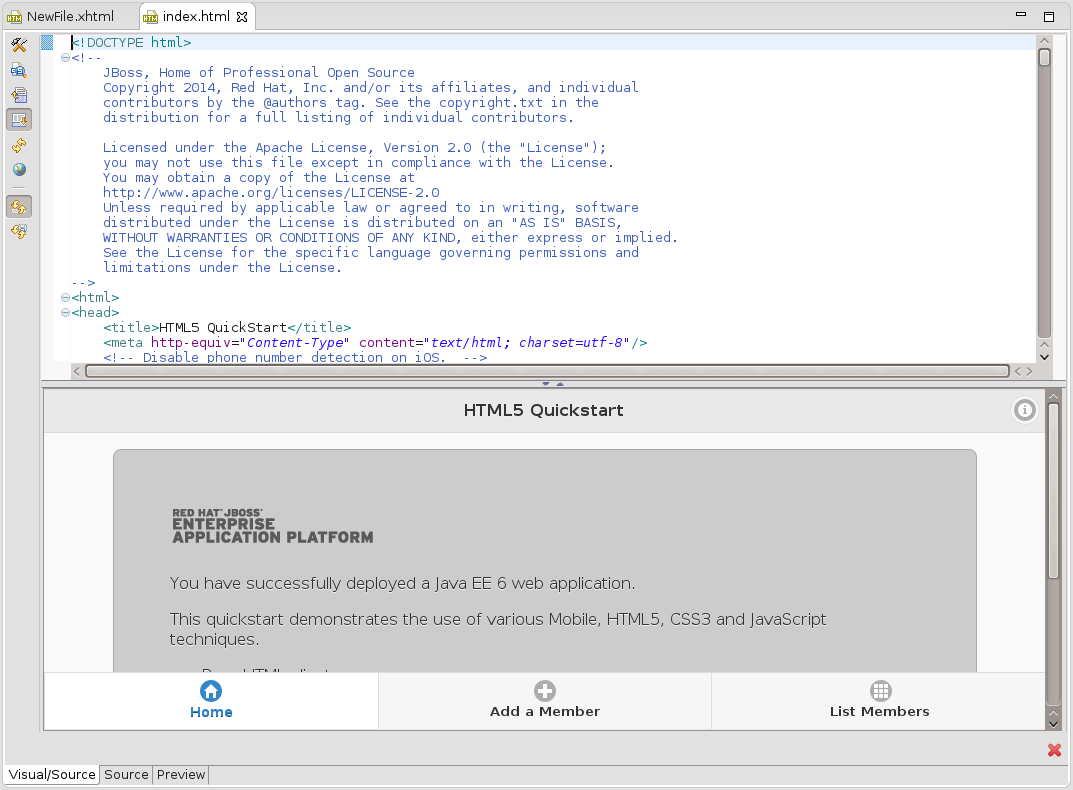