You can now select the Cordova version per platform. This allows you to mix and match different Cordova version to best accommodate the requirements of your application. 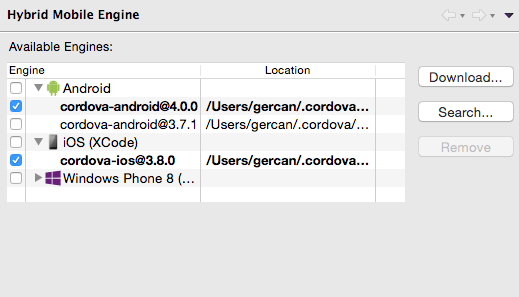 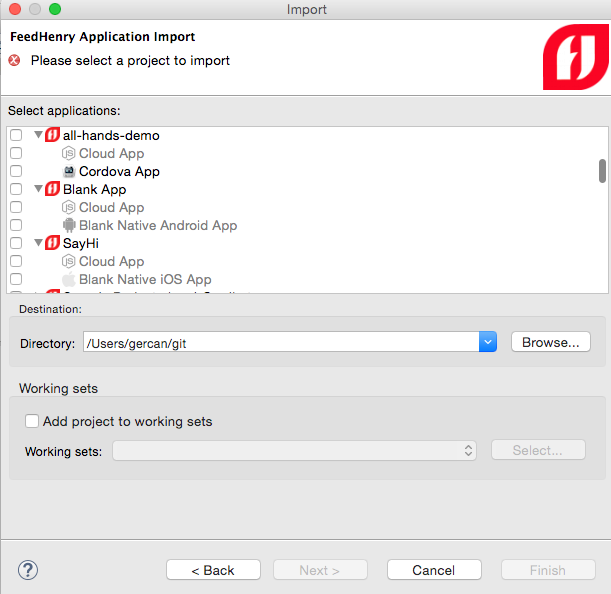 Cordova engine downloads have switched to use npm to improve the reliability of the downloads. Download dialog is also refreshed to adjust to this change. 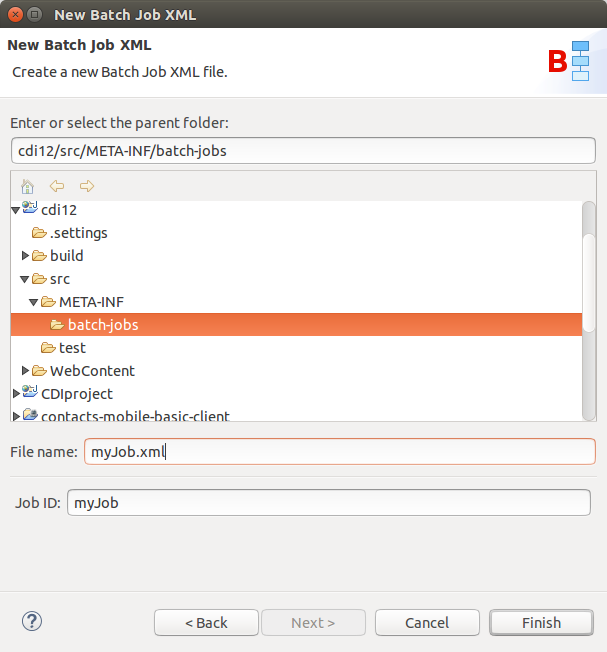 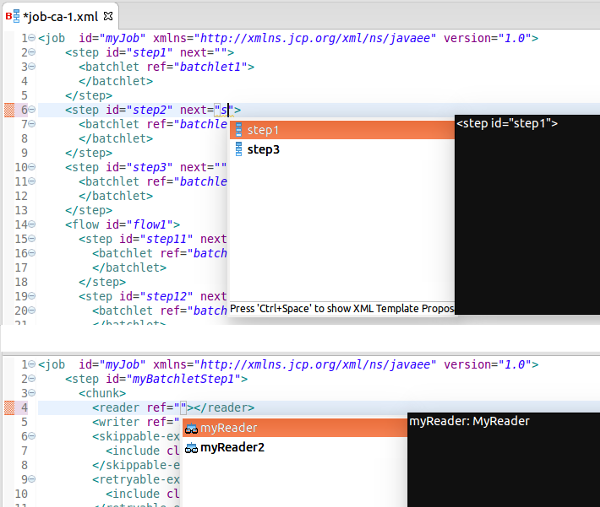 Search for references (Ctrl+Shift+G) works for batch artifact classes and its property fields. For example if you have a batchlet class:

then results for SearchableBatchlet references will include the corresponding Job XML file: 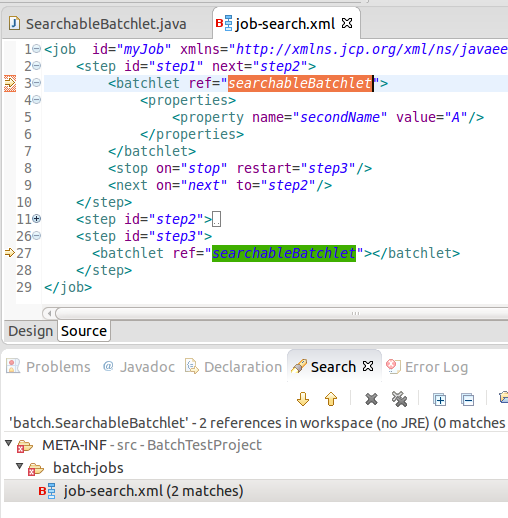 When you rename some class name or property field then the corresponding Job XML references will be renamed too: 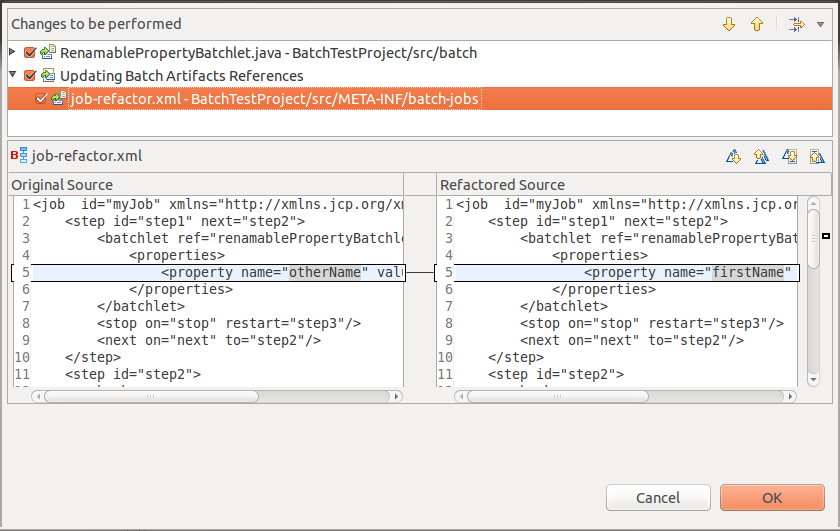 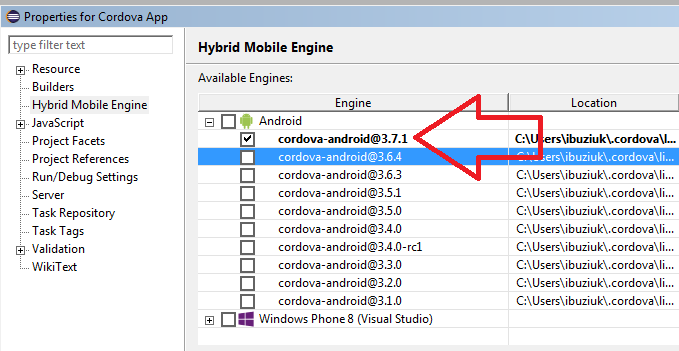 We have added http://dcp.jboss.org/ as a search Engine for Eclipse Help search.

Any term you search in the Help > Search window will now be searched through references in all indexed JBoss articles and blogs : 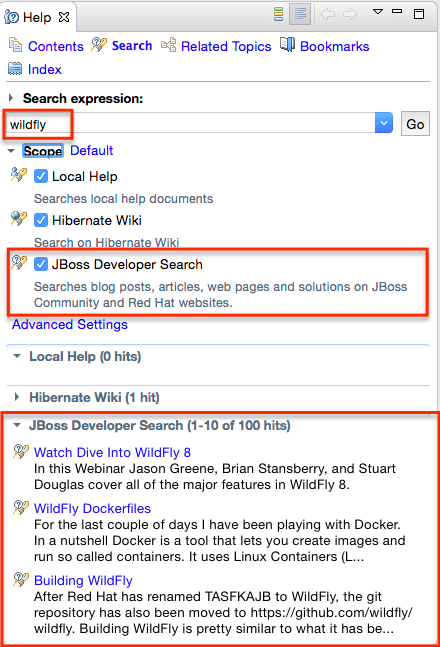 We’ve contributed a new import framework to Eclipse Mars, a.k.a. Smart Import. The purpose of that framework is to automatically detect what is a project and automatically configure it, upon import, with very minimal effort from the user.

For instance, if you open a folder containing a pom.xml file, it will be automatically inferred you’re trying to import a Maven project, so the underlying m2e import mechanism will be invoked.

This new feature is currently still in incubation at Eclipse.org, but we’re including it as a preview, as part of the JBoss Central Experience. 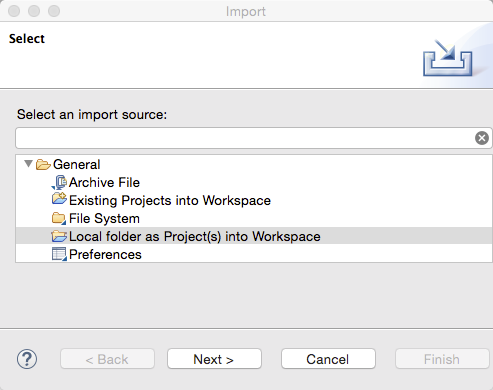 Curently, the following types of projects are supported, and can be configured automatically on folder import :

Eventually, eGit will be able to leverage this mechanism to automatically import projects after cloning a git repository.

We are happy to introduce our new dynamic content assist for Angular expressions {{expression}} which is based on information collected from AngularJS runtime model via AngularJS API. When the content assist for any {{expression}} is being invoked within any HTML file with some attached controller and there is no any critical errors in the file and required JS files then we run an internal web browser behind the scenes to retrieve all available JS objects.

Note: These features are available via JBoss Central as a part of AngularJS for Web Tools

HTML validation in Eclipse Web Tools had an annoying issue with custom HTML5 tags. It warns about any HTML tag name that is not mentioned in the HTML specification. We contributed a patch to Eclipse Mars which allows to disable those warnings for any particular tag name (or a tag name mask, e.g. <ion-*>). 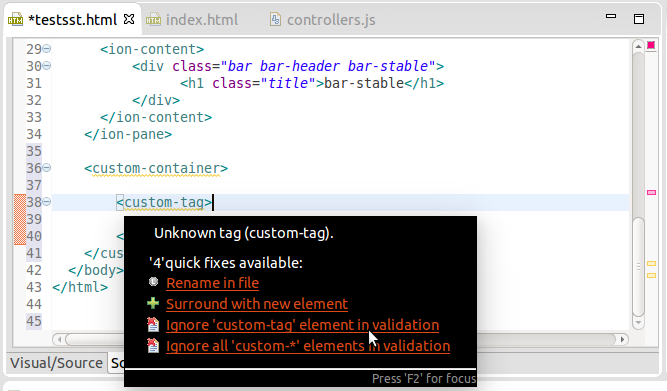 Check out its new and noteworthy:

Note: These features are available via JBoss Central - Early Access as a part of AngularJS for Web Tools

Starting with JBoss Tools 4.3.0.Alpha2 support was added for OpenShift v3. Versions 2 and version 3 can be installed independently. When connecting you can now choose between a v2 or v3 server. 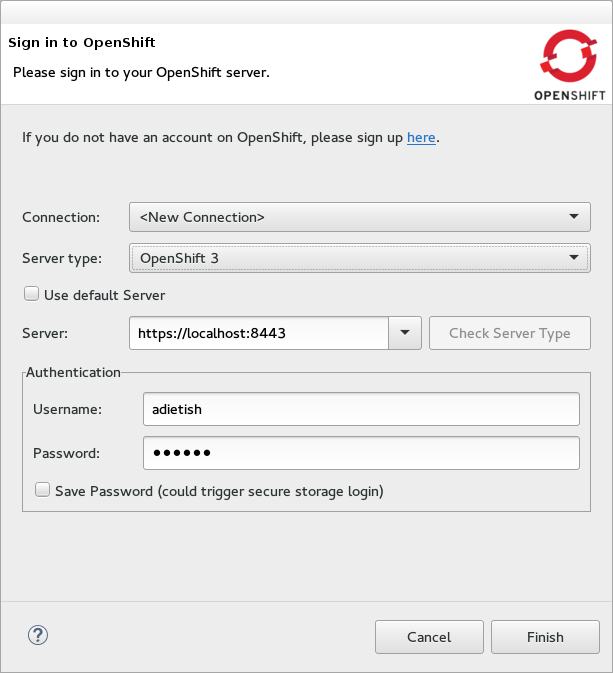 If you do not know about the server type simply pick "Automatic" and we will figure for out.

In JBoss Tools 4.3.0.Alpha2 you can now browse the resources of your OpenShift v3 server once you connected to it. Decorations and child items unveil further informations about the given resource. 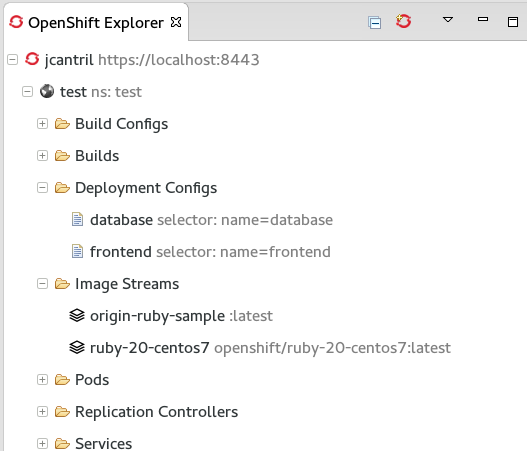 Whenever you select an OpenShift v3 resource in the OpenShift Explorer the properties view will show you further details of the selected resource. 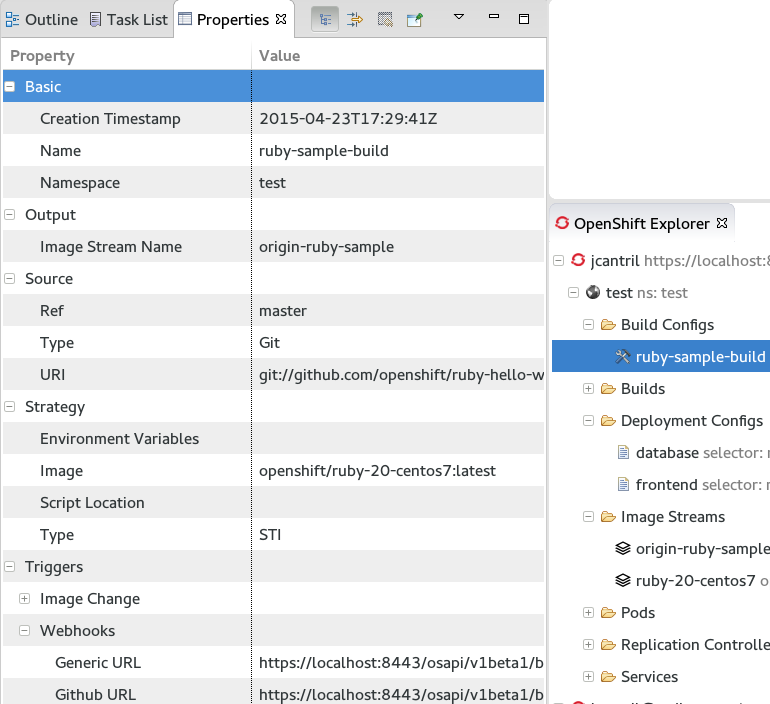 New server adapter and runtime types have been created for WildFly 9. While we believe these adapters are feature-complete currently, they’ve been marked 'experimental' because the upstream project is not yet released in its Final form, and could change in ways that break our support between their milestones.

Behavior and workflows of the new server and runtime types mirror those of previous WildFly adapters, and should operate smoothly with all existing workflows. If a lack tooling support was holding you back from playing with WildFly 9 to see if it works for your usecases, you’ll be happy to hear that your roadblock has just been removed.

This support is currently only added for the "Application Server Distribution" and not the "Servlet-Only Distribution".