Happy to announce 4.4.4.AM2 (Developer Milestone 2) build for Eclipse Neon.3.

Downloads available at JBoss Tools 4.4.4 AM2.

A new page has been added to the Docker Run Image Wizard and Docker Run Image Launch configuration that allows the end-user to specify the network mode to use. A user can choose from Default, Bridge, Host, None, Container, or Other. If Container is selected, the user must choose from an active Container to use the same network mode. If Other is specified, a named network can be specified. 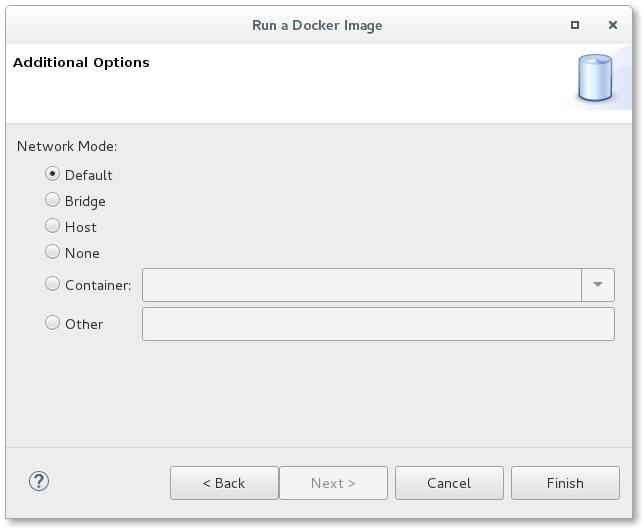 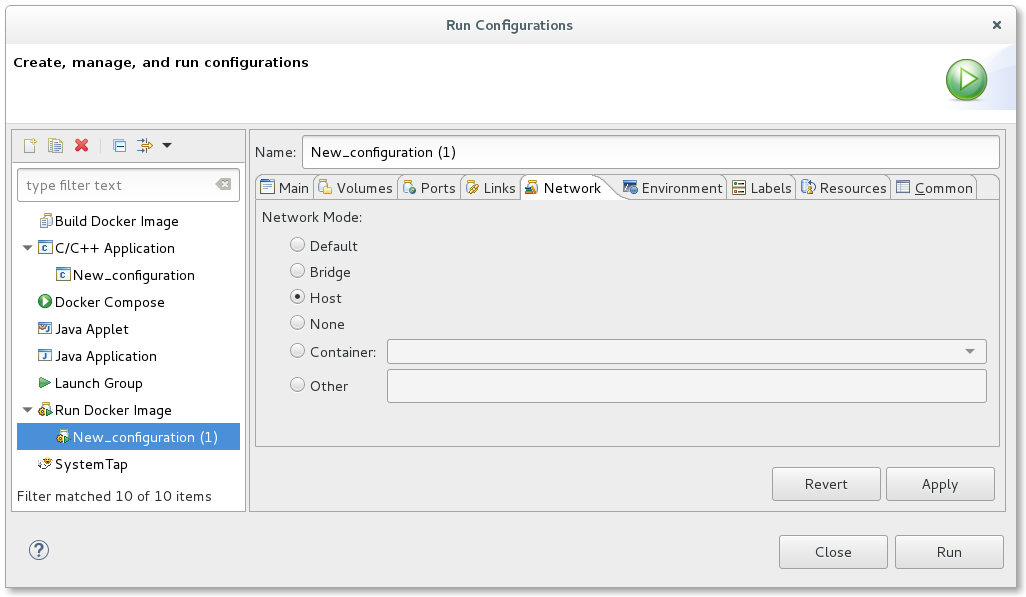 Users can now refresh the entire connection from the Docker Explorer View. Refresh can be performed two ways: 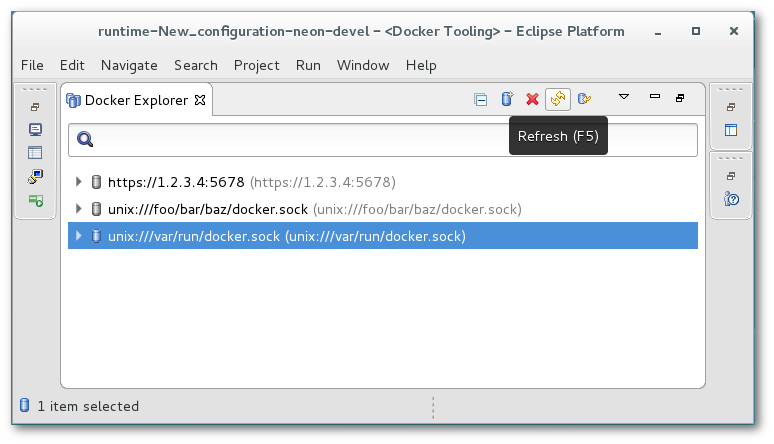 Happy to announce 4.4.4.AM1 (Developer Milestone 1) build for Eclipse Neon.2.

Downloads available at JBoss Tools 4.4.4 AM1.

Although our main focus is bug fixes, we continue to work on providing better experience for container based development in JBoss Tools and Developer Studio. Let’s go through a few interesting updates here and you can find more details on the What’s New page.

OpenShift server adapter is a great tool that allows developers to synchronize local changes in the Eclipse workspace with running pods in the OpenShift cluster. It also allows you to remote debug those pods when the server adapter is launched in Debug mode. The supported stacks are Java and NodeJS.

As pods are ephemeral OpenShift resources, the server adapter definition was based on an OpenShift service resource and the pods are then dynamically computed from the service selector.

This has a major drawback as it allows to use this feature only for pods that are part of a service, which may be logical for Web based applications as a route (and thus a service) is required in order to access the application.

So, it is now possible to create a server adapter from the following OpenShift resources:

If a server adapter is created from a pod, it will be created from the associated OpenShift resource, in the preferred order: 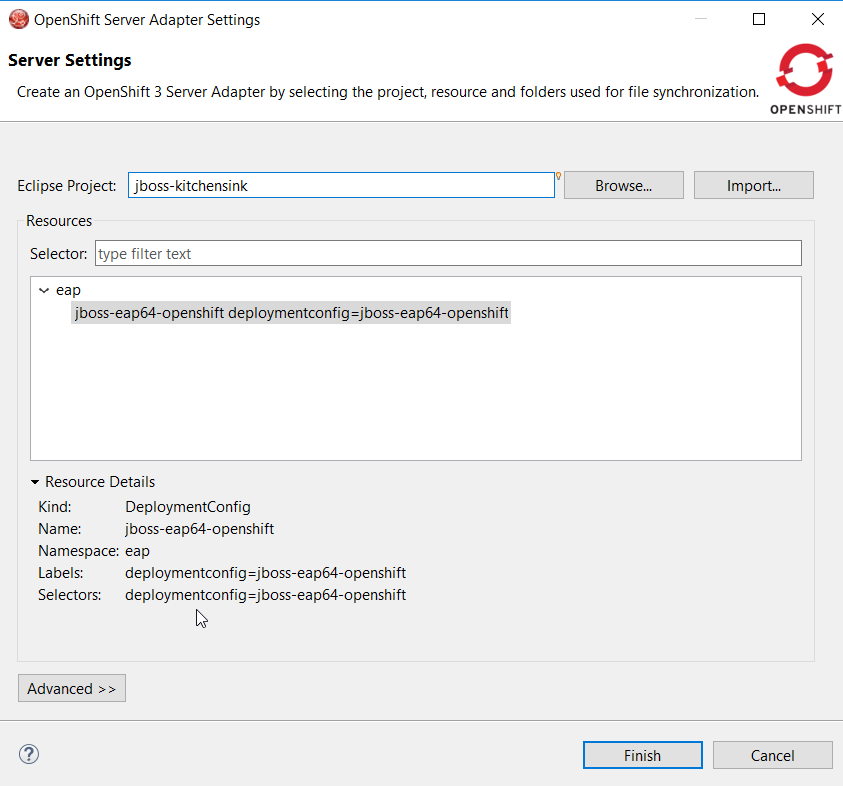 Once created, the kind of OpenShift resource adapter is also displayed in the Servers view:

This information is also available from the server editor: 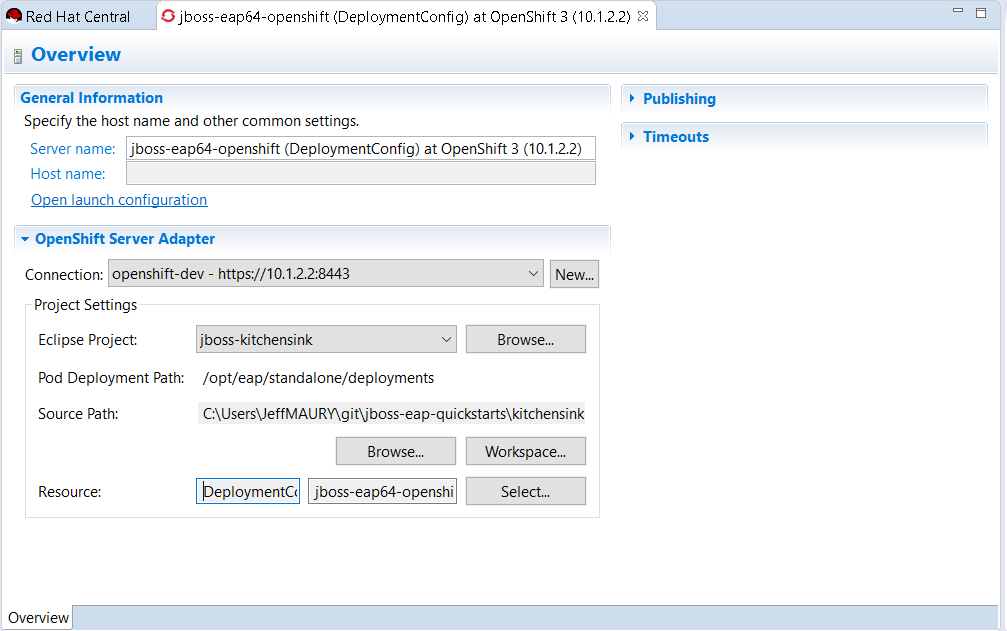 While hardly something most users will care about, extenders may need to be aware that the API for adding connection types to the 'New JMX Connection' wizard in the 'JMX Navigator' has changed. Specifically, the 'org.jboss.tools.jmx.ui.providerUI' extension point has been changed. While previously having a child element called 'wizardPage', it now requires a 'wizardFragment'.

A 'wizardFragment' is part of the 'TaskWizard' framework first used in WTP’s ServerTools, which has, for a many years, been used throughout JBossTools. This framework allows wizard workflows where the set of pages to be displayed can change based on what selections are made on previous pages.

This change was made as a direct result of a bug caused by the addition of the Jolokia connection type in which some standard workflows could no longer be completed.

This change only affects adopters and extenders, and should have no noticable change for the user, other than that the below bug has been fixed.