Downloads available at JBoss Tools 4.6.0 AM2.

Spring Boot runtime was already supported by the OpenShift server adapter. However, it has one major limitation: files and resources were synchronized between the local workstation and the remote pod(s) only for the main project. If your Spring Boot application had dependencies that were present in the local workspace, any change to a file or resource of one of these dependencies was not handled. This is not true anymore.

There is a new "Camel Rest DSL from WSDL" wizard. This wizard wraps the wsdl2rest tool now included with the Fuse 7 distribution, which takes a WSDL file for a SOAP-based (JAX-WS) web service and generates a combination of CXF-generated code and a Camel REST DSL route to make it accessible using REST operations.

To start, you need an existing Fuse Integration project in your workspace and access to the WSDL for the SOAP service. Then use File→New→Other…​ and select Red Hat Fuse→Camel Rest DSL from WSDL wizard.

On the first page of the wizard, select your WSDL and the Fuse Integration project in which to generate the Java code and Camel configuration. 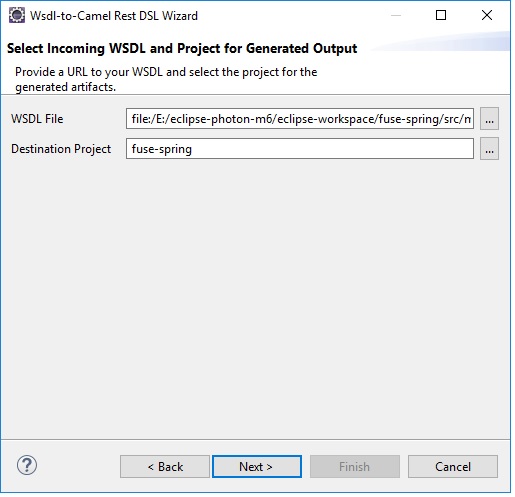 On the second page, you can customize the Java folder path for your generated classes, the folder for the generated Camel file, plus any customization for the SOAP service address and destination REST service address. 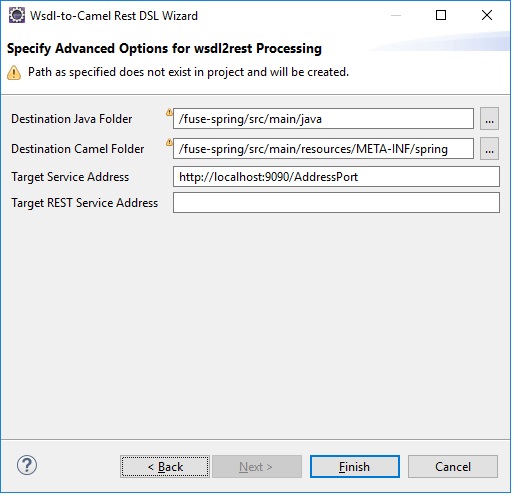 Click Finish and the new Camel configuration and associated Java code are generated in your project. The wizard determines whether your project is Blueprint, Spring, or Spring Boot based, and it creates the corresponding artifacts without requiring any additional input. When the wizard is finished, you can open your new Camel file in the Fuse Tooling Route Editor to view what it created. 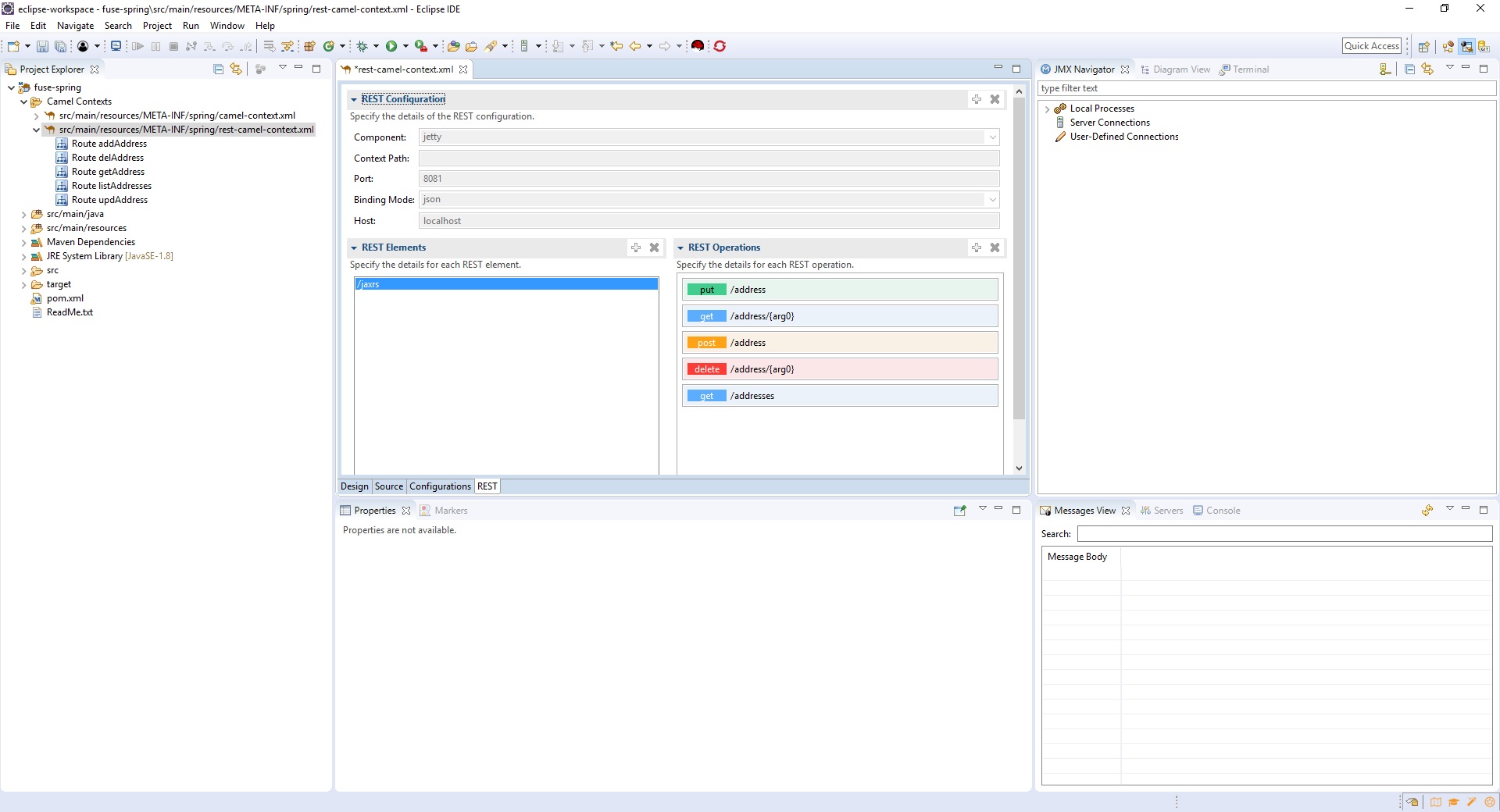 That brings us to another new functionality, the REST tab in the Fuse Tooling Route Editor.

The Fuse Tooling Route Editor provides a new REST tab. For this release, the contents of this tab is read-only and includes the following information: 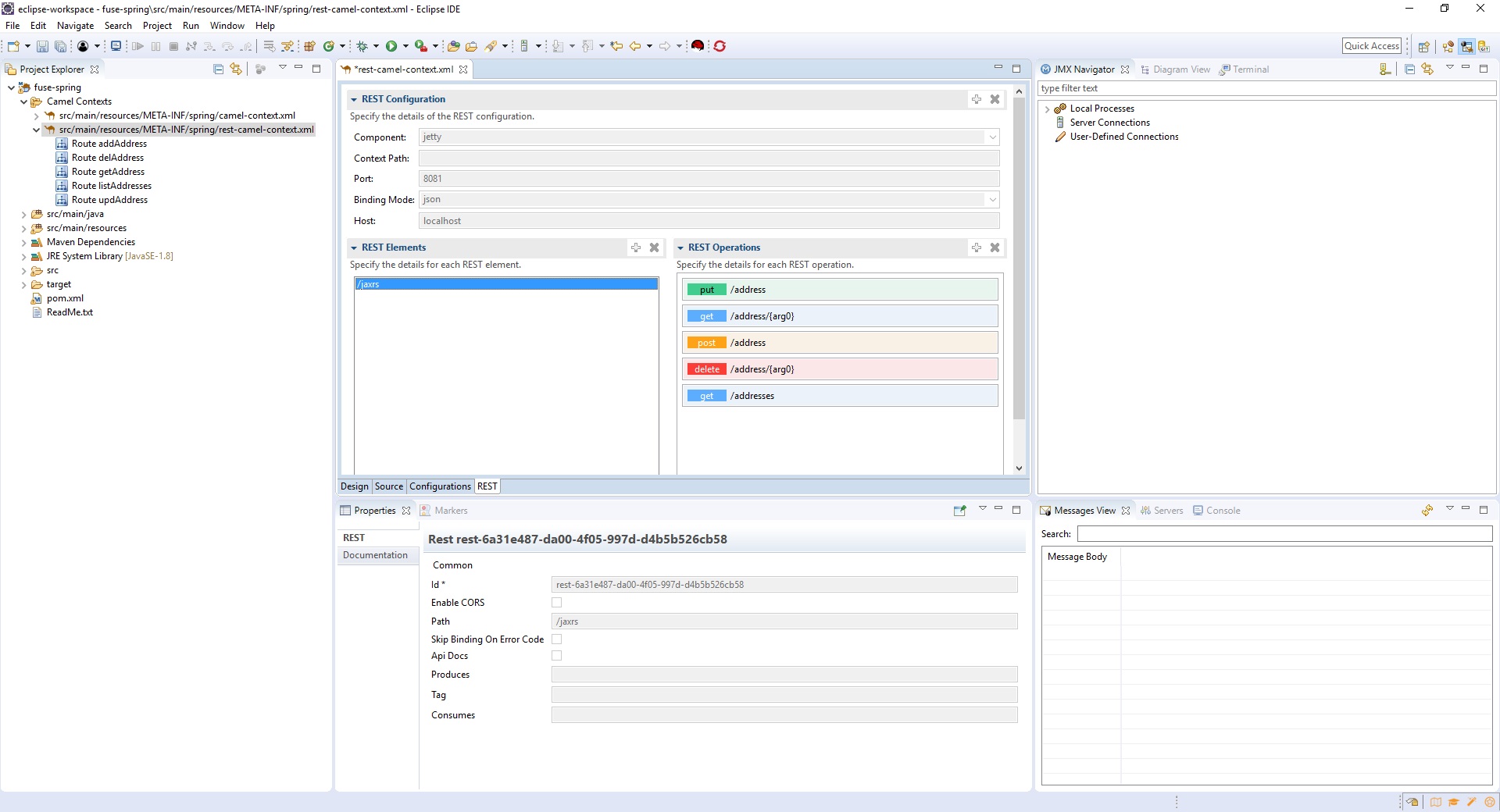 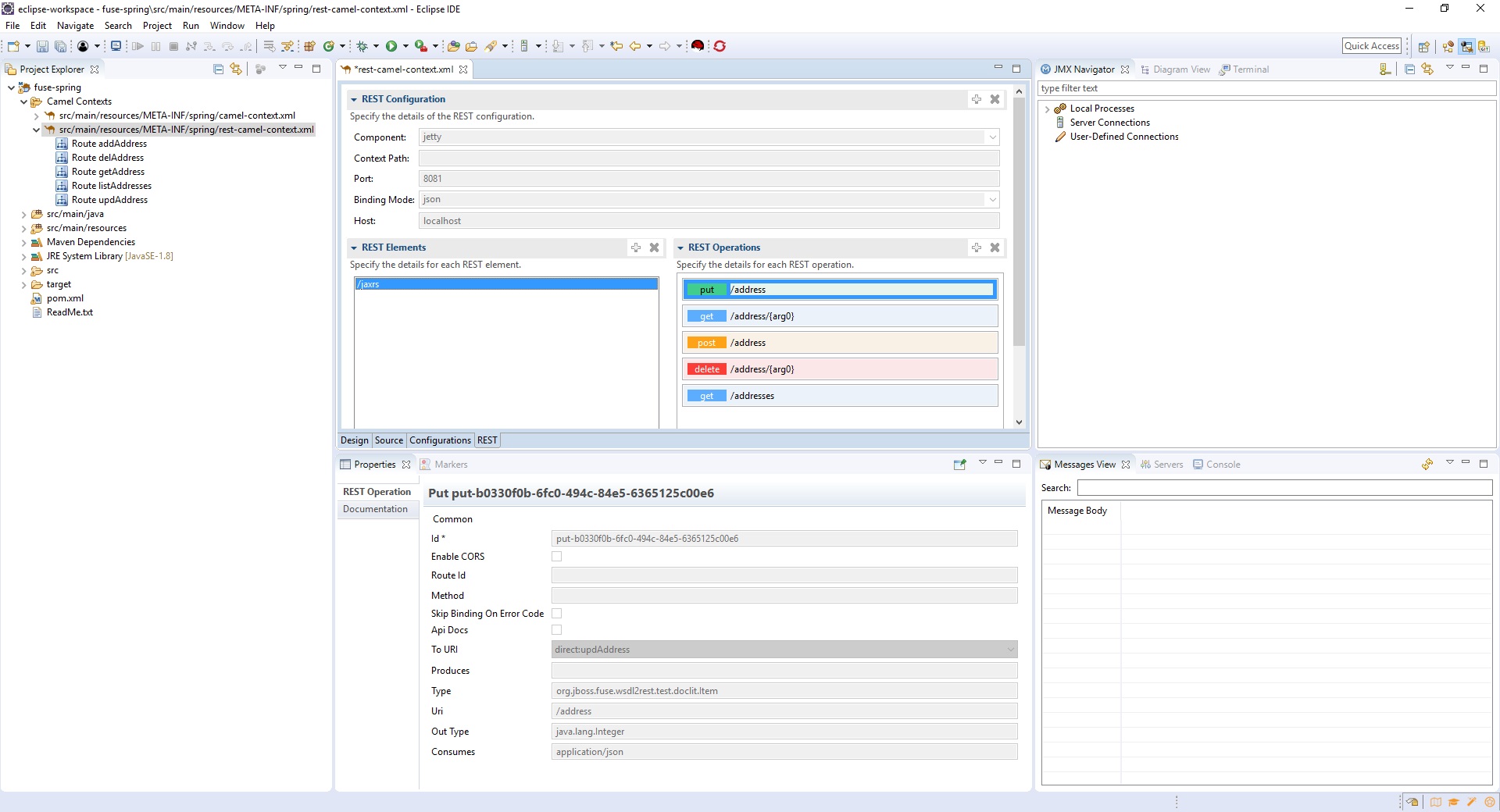 For this release, the REST tab is read-only. If you want to edit the REST DSL, use the Route Editor Source tab. When you make changes and save them in the Source tab, the REST tab refreshes to show your updates.

Downloads available at JBoss Tools 4.6.0 AM1.